Leak testing is a fundamental operation in the battery cell production process, in particular for the new generations of lithium-ion secondary batteries.

The perfect sealing of the housing is one of the most important features to guarantee the quality and long-term reliability of the cells. On the one hand, it is essential to prevent even the smallest electrolyte losses. These are often composed of flammable components which, reacting with ambient humidity, could generate toxic compounds. On the other hand, the possible ingress of humidity or other contaminants into the cell could compromise its correct functioning and reduce its efficiency.

If, in general, checking the tightness of the battery cells is an essential operation in the production chain of lithium-ion cells, this test is even more important with the use of batteries in electric vehicle applications, in order to guarantee the quality and safety standards typical of the automotive market 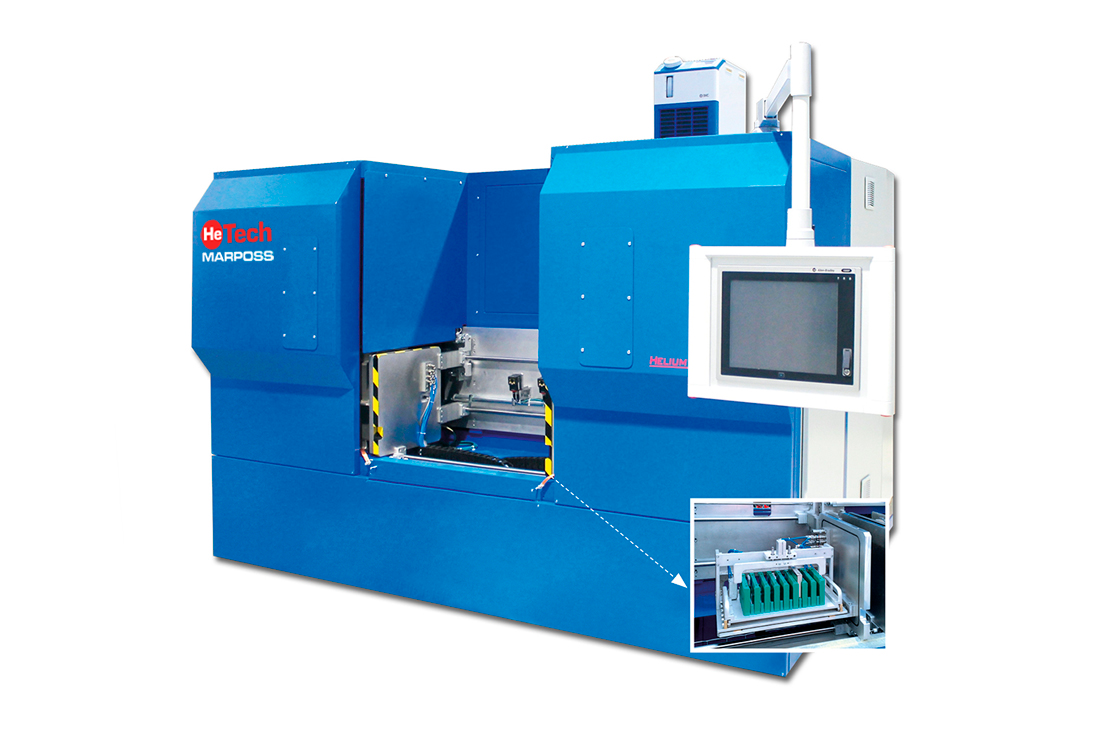 The same type of machine can be used to check finished cells after filling and sealing, in particular using the helium as tracer gas when it has been filled in the cell with the electrolyte.

The machine provides two vacuum chambers, with manual opening and closing, assembled on a welded and painted steel frame with movable panels. The chambers work alternatively: when one chamber is closed and it’s running the test cycle, the other chamber is open for loading/unloading. The vacuum pumping system is placed behind the chambers. The cabinets containing the electric switchboard and the analysis systems are fixed to the frame, while the pneumatic boards for the distribution of the process gas are fixed to the vacuum chambers. Both chambers are opened automatically towards the center of the machine, so that the loading/unloading position is the same for both of them and it is protected by optical safety barriers. HMI is made by a touch-screen color monitor and two remote control boxes (one for each chamber) with the push-buttons and light signals for the operator. The equipment provides separate outlet ports for helium and air discharge and it is suitable to be connected to a helium recovery system.

Basic configuration of the machine

The test can first be performed on the cell housing, before the electrodes are assembled, to avoid sending leaking components to the next assembly operations 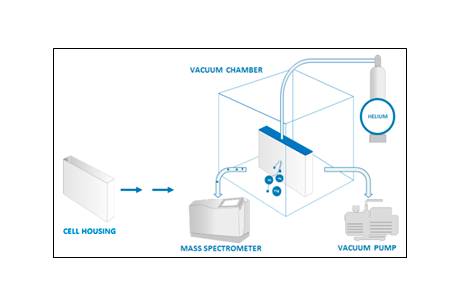 After the introduction of the electrodes in the cell housing, depending on the type of battery, the cell is sealed with a cover, leaving a channel open for the next electrolyte filling. The cell can be tested in this stage to detect possible leakages of the cover welding 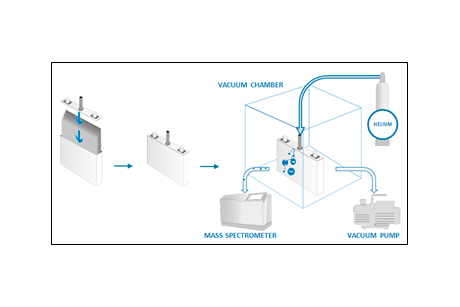 During the electrolyte filling and before sealing, it could be allowed to add an inert gas like Helium inside the cell or to perform the sealing operation in an environment saturated with Helium. In this condition a test with Helium as tracer gas in vacuum chamber can be performed 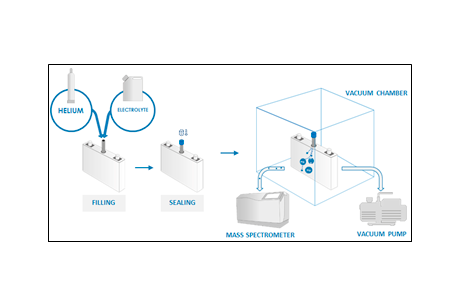 The tested cell is firstly introduced into the bombing chamber, filled with high pressure Helium. In presence of a sealing defect in the housing, the helium will enter the cell.

The cell is then moved to the vacuum chamber, where the helium will be free to exit from the cell through the same sealing defect. The mass spectrometer will detect the presence of helium in the chamber and measure the size of the leakage 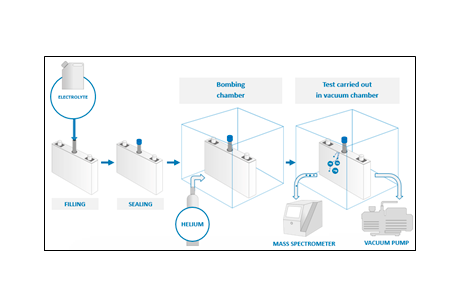 Depending on the type of cell, it's possible to perform the leak testing of finished battery cells, before or after formation, by tracing of vapor or gases that are already present, or generated inside the cell. The test is carried out in vacuum chamber, and a special mass spectrometer is used for tracing. No need of adding a tracer gas like helium inside the cell for testing. 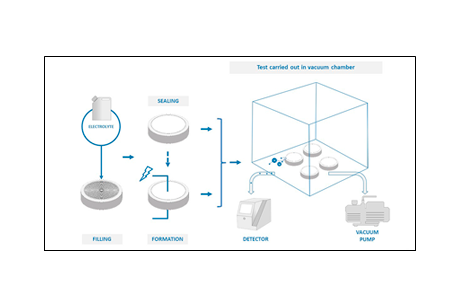