The benefits of leak testing in battery pack assembly process 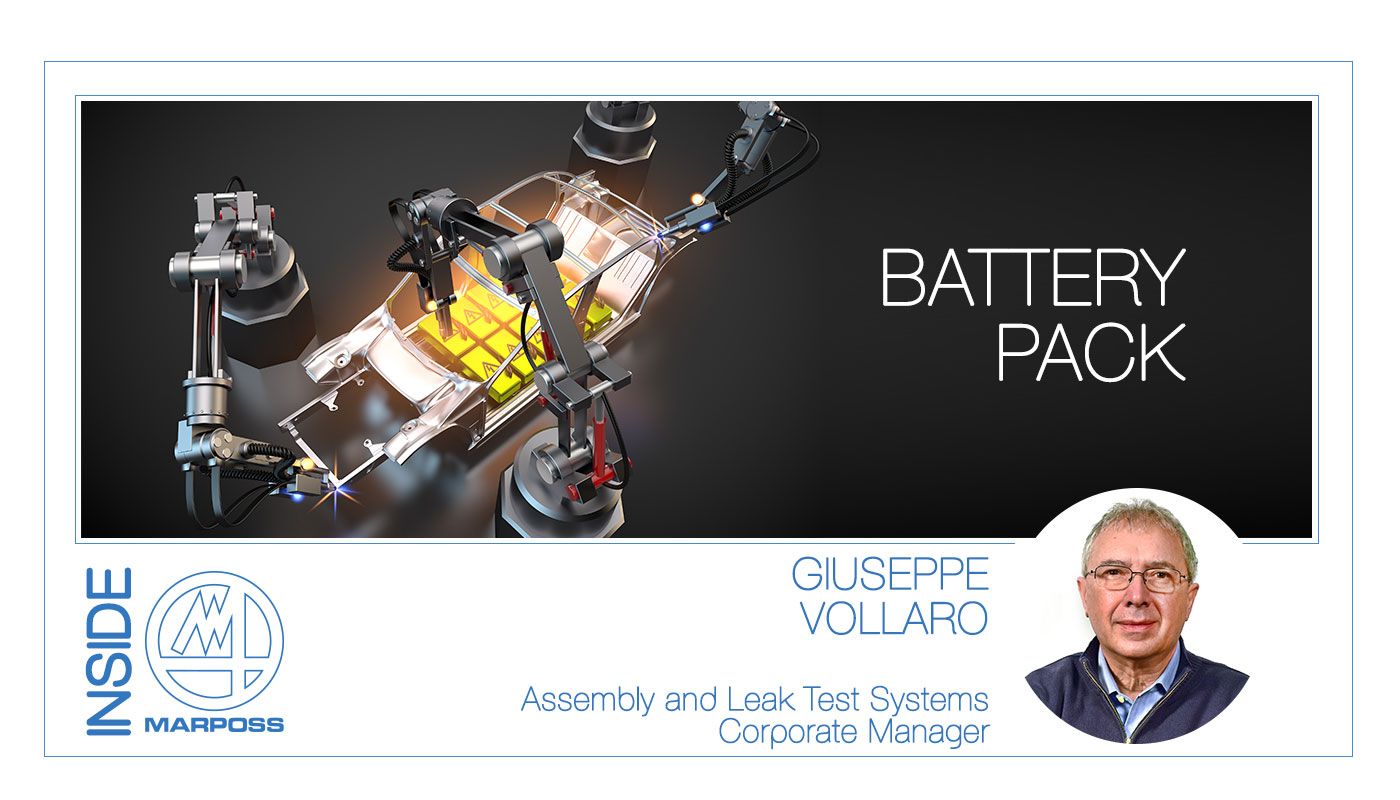 The battery pack consists of a metal structure called frame with a bottom and a cover. This frame is part of the car chassis and, in modern EV cars they are also a structural component of the car.  Moreover, the frame, the bottom and the cover are assembled together becoming a monolithic part with a very important function: the battery pack delivers the energy needed to run the EV. It is a container of electricity!

Leak testing: the answer for prevention

Would you like to have water or humidity in your battery pack? The answer is very simple: NO! The battery pack normally operates at high voltage and water and humidity may generate short circuits, the battery cells may become overloaded and overheated.

The cells may explode or burn uncontrollably with catastrophic effect to people and the EV itself.

Now it is very clear that we need to prevent water and humidity from entering the battery to prevent harmful consequences way but, how do we achieve this?

The answer is we need to leak test the battery pack to ensure that it is safe to operate at high voltage.

Our customers are well aware of the need to have a reliable leak testing process in their production facilities and we provide all the necessary equipment to test their production.

We supply an intermediate system to test the parts before the cover is assembled with the frame and the final leak test station to test the finished battery tray with the bottom already assembled.

We test also the cover and bottom. After the battery pack is completed with all the batteries cell inserted, electronic units connected and the cover assembled, we do the final battery pack leak test. We also leak test the cooling circuits before and after assembly.

Depending on the customer's specifications, the production phase of the part under test, cycle time, etc. we use air leak testing, helium sniffing, helium in accumulation chamber or a combination of these technologies. The selection of the technology to be used is mainly determined by the accuracy required and normally it is always discussed with our customers.

Our customers do not produce scrap parts! In case a reject part is found, we support the production with a "rework station" where it is easy to detect where the leak is coming from, giving a clear indication of the location of the problem. This is achieved with the helium sniff based rework station. After the part has been repaired, the customer can place the part before the leak test station that rejected it or test the part in the off-line leak test station.