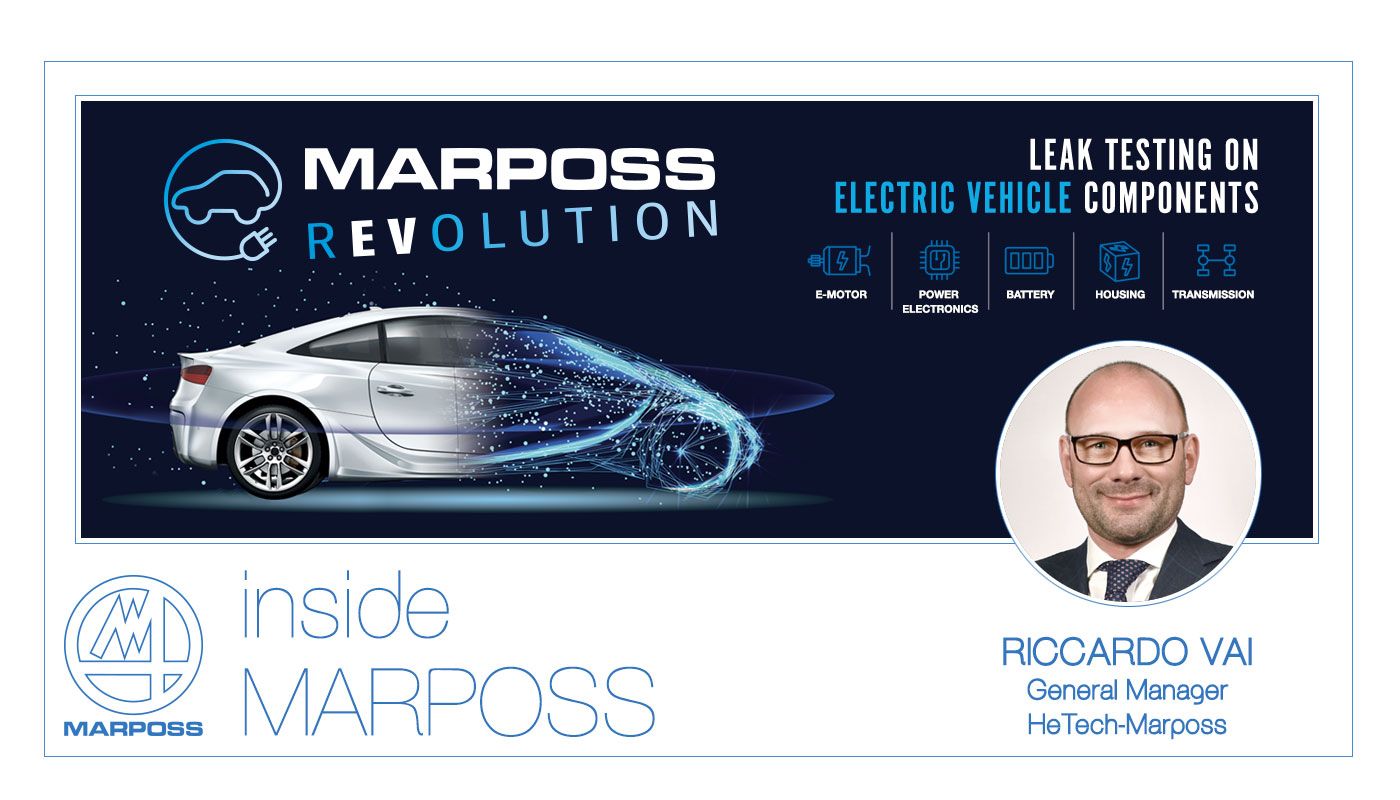 When industry changes occur, this ultimately affects the types of testing being conducted on components. That is what is happening in the automotive industry in which the electric vehicles present new challenges for testing components.

Electric vehicles components such as fuel cells, flow plates and electric engines’ parts are equally challenging as they require a thorough designing study of the leak detection systems’ testing components (test coupling systems), due to their very peculiar shape and features. This leads to a further growth of the tracer leak detection systems, opening to brand new market chances.

Thus, as an EV market growth is strongly expected in the next decade, leak detection systems manufacturers will have to respond to the growing demand for tests of brand new and so far unknown components. In this initial phase, the producers of EV components in fact are pioneers in an almost new market. Hetech Marposs has already been investing in researches in the field of leak detection system representing a strategic partner for producers in the development of this new technology.

Hetech Marposs leak dection systems are based on Helium wich is light, reliable, small, inert, non-toxic and non-ignitable. Its small presence in atmosphere allows the detection of its molecules through the leaks of a component under test by means of a mass spectrometer, ensuring a high quality test result.

The aim of the test is to detect even very small leaks, ensuring high quality of the final product. The product leaks should never exceed the given reject threshold because environment contamination could lead, as a primary consequence, to a non-acceptable loss of performance during its lifetime.

Hetech Marposs has manufactured leak detection system to test the die casted jacket of an EV engine and is now manufacturing a new system to test flow plates of fuel cell for EV components. Both systems have required an in-depth research to design and customize the testing equipment for those special components.

What we have done so far: Leak Test System for die casted jacket

Inside the chamber a floating system provided with springs compensates the height tolerances of the components.

Due to the specific features of this peculiar component, a special retractable and pneumatically expandable blocking device has been developed to ensure the perfect insertion and fitting of the jacket and therefore the tightness of the system, this was one of the most demanding challenge for this project.

The highest felxibility is also guaranteed by exchangeable fixtures of the system, customized for each model.

What we are working on: Leak Test System for flow plates of fuel cell

As concerns the Fuel cell stack’s flow plates, Hetech Marposs is currently manufacturing a system provided with 4 chambers to meet the high productivity needs of customers.

One of the challenges was to find a proper way to test the circuits in the bipolar plates without polluting the system. Another challenge was to find the most suitable density and shape for the sealing which makes tightness against the plate, in order to ensure the quality of the test. Therefore Hetech Marposs has performed numerous internal tests during several weeks.

Both single and bipolar plates can be tested in Hetech Marposs system: their features require different technical approach and a highly skilled team has developed the most accurate system to test both 3 circuits in the bipolar plates (cooling circuit and gas circuits) and 1 circuit in the single plates.

All Hetech Marposs systems provide a wide range of benefits starting from the presence of two separate pumping systems: one vacuum pumping system and one analysis pumping system which  therefore guarantees the test of workpieces in TOTAL FLOW.

In case of 2 chambers system, the total flow test brings the following benefits:

Discover all Hetec Marposs solutions  to answer the growing requests of leak testing for the EV sector.